Deborah: "I Saw a LIGHT BEING in a UFO." Portals opening... 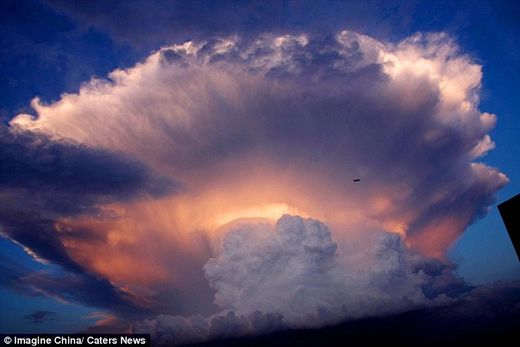 
Below is copy of part of a letter I sent out to so many people over the years these include Alex Jones, David Icke, religious theologists, Church of England etc. I only ever received one reply from a theologist, but then he didn't like my attitude, ie: standing up for human and animal rights etc, and suggested I join a 'proper' religion. But I think if this entity had wanted someone like that, it/he/she could have easily chosen one of those people instead of me.

At the time I had this experience I had just finished writing a piece called 'Freedom in the City'.  It was basically a synopsis of the book i've now almost finished writing, "The Widow's Plea".  This book is about the evolution and developments within global human psychology - an attempt to define where, when, why and how humanity has arrived at this point of imbalance today and also, to offer positive solutions and an intelligent way forward into a brighter and more balanced mind-frame.

On the day of this experience - April 26th 1992 - I woke up that morning feeling quite relaxed and happy. My son was staying with his father and my partner had gone to work. I still had a week's Easter holiday left from university, so i was unusually alone in the house.

I had decided to do some ironing, but as soon as started to get the iron out, I felt overwhelmed by a surge of energy that seemed to rush through me - from my feet to the top of my head. It felt very beautiful energy, like pure love. Never in my life had I experienced anything like that feeling, and it was so strong, the only thing I could do was sit and listen to some music.

Even though the feeling was so blissful, I was wondering why I was experiencing this feeling. I don't drink, I don't take drugs. Why was i feeling this energy?

I went upstairs to lie down for a bit and hoped it might go away so i could get on with the things I had planned to do for the day. But no...  It just got stronger and stronger.

I decided it might calm down a bit if I went out for a walk. I got up off the bed, and on my way out of the bedroom, I glanced out the window. It was a bright clear-sky day. It was around around 12 noon.

I noticed my son's friend sitting with his mum on the doorstep opposite our house. I noticed one fluffy cloud hanging relatively low above the old bakery opposite, on the left. I saw the glowing orb of the sun deep within the cloud. I turned away to go downstairs and then went back to the window.

The glowing orb couldn't be the sun. By midday the sun shone from above my house to the right, my neighbours opposite were sitting in full sunshine.

[This photo was added to the blog on Friday 13 February, 2015, NZ time; ie: 16 days after this article was originally published. This is the way synchronicity works.]

I studied the cloud again. The orb was still glowing brightly and I began to analyse it.  Eventually, I came to the conclusion that the orb must be a reflected sun-beam.

Again, I turned to leave - But suddenly, the movement of grey cloud at the centre of the orb grabbed my attention.

"What was this? Very strange... Cloud doesn't turn grey in one part and swirl about in a perfect circle."

As I watched, and to my complete astonishment, the moving cloud created an opening of a perfect square, allowing a ray of soft, golden light to emerge.

My mind was racing for an explanation. The only one I could find was "UFO".

I began frantically waving at my neighbours to attract their attention, but she and her son did not look up and they returned into the house.

I remember almost hoping that when I looked back, the whole thing would just have vanished. But no...  It was still there. The orb, the perfect square, the ray of golden light.

Now I was interested - So interested about the physics of it all.  And as I watched, the square elongated into an upright rectangle.

NOW, I was sure this was a UFO.  I began to prepare myself for some sort of spacecraft or alien being to emerge...

I certainly did not expect two arms and a head to appear from the sides and the top of the rectangle.

I was face to face with a being made entirely of light.

In absolute amazement, I noticed how the folds in a long robe, the facial features and hair, were all depicted in grey cloud. And also, the qualities of the light...  which were bright but soft; Golden... not at all blinding.


What could this mean, what was i to make of it?

Was it a religious experience?

I forced myself to turn away thinking that if this were some kind of hallucination, it would be gone when I returned my gaze.

I looked again and the figure remained.

I wondered if I should kneel...

In the end I sat down on a chair by the window, as my legs felt quite shaky and the energy was still rushing through me.

I watched in silence as everything went into reverse -  The head and arms slipped back into the rectangle, the rectangle returned to square, the grey cloud covered the square, the glowing orb faded away, the cloud completely dissipated.

Since that time I have been growing, surviving, learning, existing, trying to be...  I have been vegan for 23 years now. I feel a need to share my knowledge and understanding.

My work as a carer gives me time to write and share information online, which I do as part of my work in consciousness-raising. I feel there is hope of a kind I once only dreamed of. It will take time to explain...

My hopes are rooted in true liberty and the upholding and reclaiming of our rights and ethics:

Universal Law of Abundance in Compassion

It did happen. It was real.

The Light-Being emanated intelligence and compassion.

Thanks for taking time to read this.

If this article has helped you understand a little more about UFOs and ET contact,
please return to the top of the page and select "Donate". Thank you.

Australia. UFO-shaped cloud with a rainbow, seen all over Australia on Nov 3, 2014.

I got this in our UFO Report mailbag today. It does look like a UFO that poked a hole in a cloud and got caught by the suns rays, but honestly there is only a few ways to tell if it is a UFO for sure. First we need radar confirmation, second if you saw orbs flying around it that would due, but it helps to have video, but this is an awesome photo of a possible cloaked UFO. Great work Brian! I swear it looks like a mothership taking off, wow!
Eyewitness Brian states: "I saw this unusual cloud in the sky, it looked like the sun but the halo cloud around it made it unusual. I took a shot of it and decided to send it in to you to see what you guys think. Is it a UFO or cloud or what?"

UFO researchers have found UFOs and flying saucers in art and paintings.

"L'Annunciazione" (below) by Carlo Crivelli - a ray of light comes from the sky and touches the Virgin Mary.

Pro-UFO researchers believe it's a flying saucers. ufopsi.com says, "This is not correct: the object in the sky is formed by a circle of clouds inside which there are two circles of small angels!"

"This is a very common way of depicting God," says ufopsi.com

[Detail of the "UFO" follows this image.] 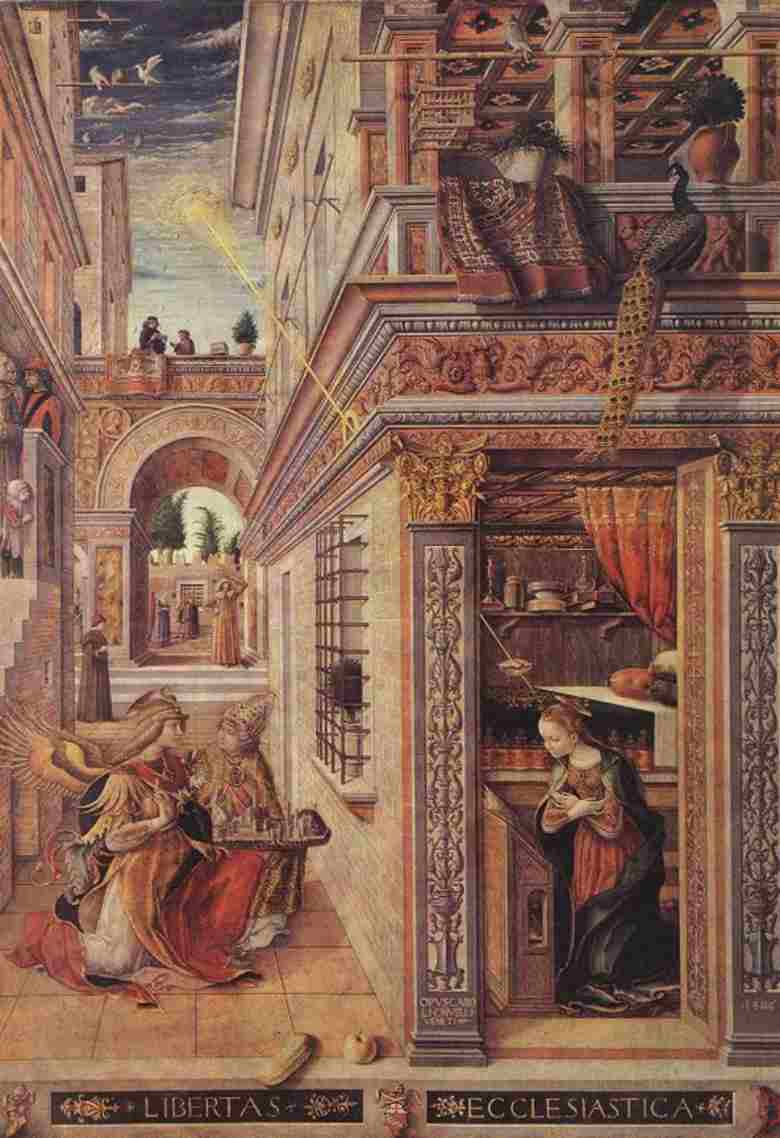 
Detail of "L'Annunciazione" by Carlo Crivelli This painting is by flemish artist Aert De Gelder and is entitled "The Baptism of Christ".

It was painted in 1710 and hangs in the Fitzwilliam Museum, Cambridge.

A disk shaped object is shining beams of light down on John the Baptist and Jesus.

This shows an awareness of UFOs by this artist in 1710. A UFO at the Tomb of Jesus? A Renaissance depiction of a UFO ?? 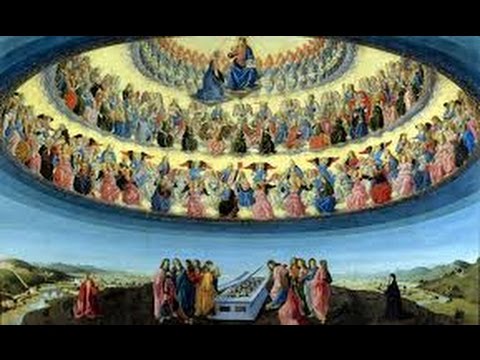 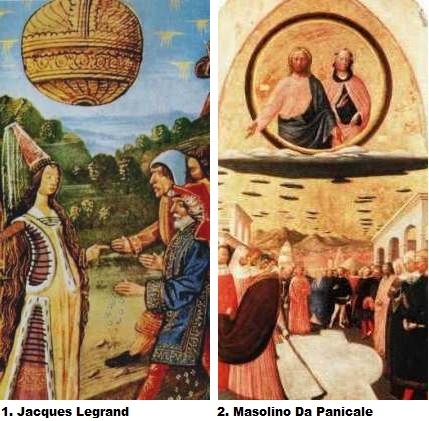 Kira Hatun the wife of the great Turkish thinker, Mevlana (Mawlana) witnessed her husband encountering “6 imposing men” who came in from a “door” that strangely appeared on the wall of the house. According to her, the men carried roses on their hands and presented them to Mevlana. Then all began to pray. When the prayer session ended the six men vanished in plain sight. Kira took some of the roses and asked her gardener about the origin of these flowers. Amazed he said that these were invaluable Indian roses. (Some speculate that these visitors could have been from Agarta reputed to be an ancient mystical underground civilization in India).

Mevlana, the great Turkish philosopher was reported to have encountered “alien beings” near Konya. Even others thought that Mevlana himself was a “space alien”. One of his followers, Kemaleddin, reported witnesses Mevlana communicating with some strange people inside a dome-shaped craft. The craft had a large glass-like transparent section on top in which the strangers and Mevlana could be easily seen. The “aliens” seemed to have been wearing greenish clothing. The witness (Kemaleddin) took the incident as some type of religious apparition and fainted on the spot.

In Buddhist scriptures, bodhisattva come down from the Heavens glowing and on lighted clouds. 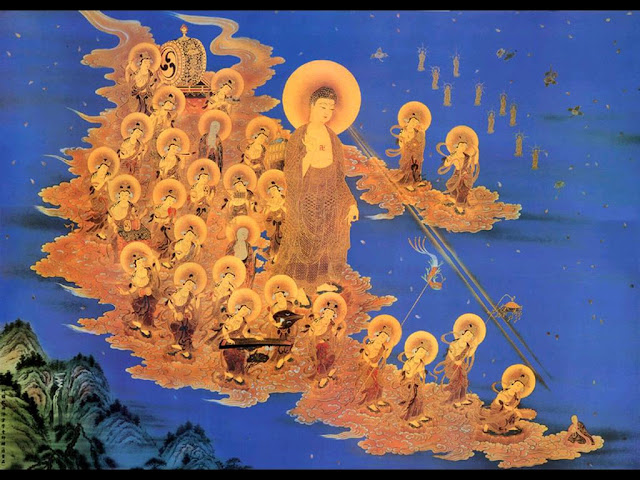 If this article has helped you understand a little more about UFOs and ET contact,
please return to the top of the page and select "Donate". Thank you.

This Blogger's other websites